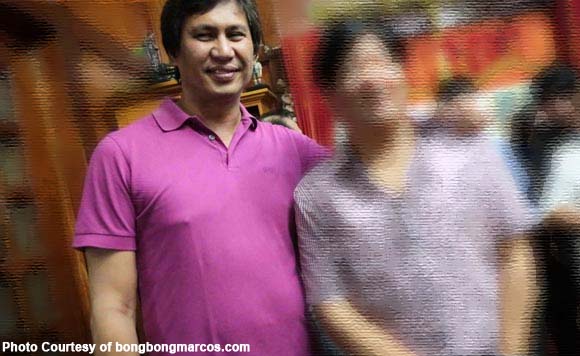 The amount is reportedly to make up for the loss incurred by Metro Clark Waste Management Corp. (MCWMC), which was contracted to dispose the imported waste from Canada.

Yap made the offer in a July 22 letter to Clark Development Corp. (CDC), the owner of the land in Sitio Kalangitan, Barangay Cutcut II in Capas, according to an Inquirer story.

The governor has since prohibited the disposal of the remaining trash to the landfill.

In a July 16 hearing initiated by the provincial board, MCWMC president and chief executive officer Rufo Colayco said his company was not completing the disposal contract by sending back the eight container vans delivered there on July 15 and refusing to accept 21 more vans.

He said the contract cost his company about P1 million.

“Since Mr. Colayco has told the [provincial board] that the contract to accept

55 containers of trash is P1 million, I propose to pay the same to MCWMC, the [Environmental Management Bureau] and the [Bureau of Customs], and help ship out this garbage from the province of Tarlac,” Yap said in a July 22 letter to CDC president Arthur Tugade.

The same letter was transmitted to MCWMC but Colayco declined to comment on the governor’s proposal, saying he had not received the letter yet.

The amount Yap offered is equivalent to the P1 million disposal contract that was charged to the shipping company, Le Soleil, local representative of international firm, Zim, which owns the 55 containers.

To stop new attempts to dispose of the garbage in Tarlac, Yap also signed two provincial board resolutions that barred the Capas landfill and other parts of Tarlac from receiving foreign wastes.

Resolution No. 056-2015 sought the “immediate rescission or cancellation of the contract between the BOC (Bureau of Customs) and MCWMC relative to the dumping of the garbage from Canada in the Kalangitan sanitary landfill in Capas, Tarlac.”

Resolution No. 057-2015 banned the dumping of any garbage from foreign origin in the Kalangitan sanitary landfill and elsewhere in Tarlac.

“Any Filipino should and would do what we did. Let’s keep it simple—it’s just wrong to allow waste or garbage of foreign origin, be it toxic or nontoxic, to be dumped anywhere in the Philippines,” Cojuangco said.

Colayco said MCWMC accepted the trash because the Environmental Management Bureau of the Department of Environment and Natural Resources certified these to be “municipal solid wastes.”