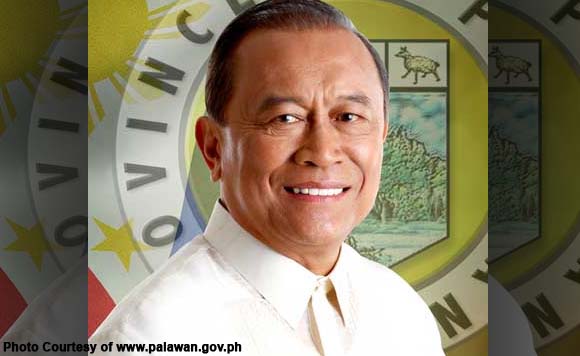 Palawan Gov. Jose Alvarez announced that the provincial government is presently in talks with a Malaysian firm to put up compressed natural gas (CNG) power plants in the province’s southernmost towns.

Alvarez said he has recently flown to Malaysia to explore the possibility of bringing North Borneo oil and gas to southern Palawan.

Based on initial negotiations, the governor said plans are being studied to lay down a 172-kilometer underwater network of pipelines from Malaysia to Palawan, but this will cost around US $250 million.

An alternative, he said, is to transport the Malaysian gas via “Roll On, Roll Off” (RORO) vessels somewhere in Bataraza or Brooke’s Point.

Alvarez pointed out that once the CNG power plant in Brooke’s Point gets operational, it is expected to stabilize the power supply in southern Palawan, which is currently being supplied by Puerto Princesa City  through the Palawan Electric Cooperative (Paleco) grid.

“Meaning to say, they (southern towns) will leave the transmission grid [from Puerto Princesa] as the 5-MW CNG power plant will now support southern Palawan,” he stressed.

Alvarez, however, said the proposed project has to go through a series of talks and approval with the Department of Energy, Energy Regulatory Commission and Paleco.

The governor said the planned CNG plants will be put up in Bgy. Buliluyan, Bataraza, the province’s southernmost tip, and in Brooke’s Point.