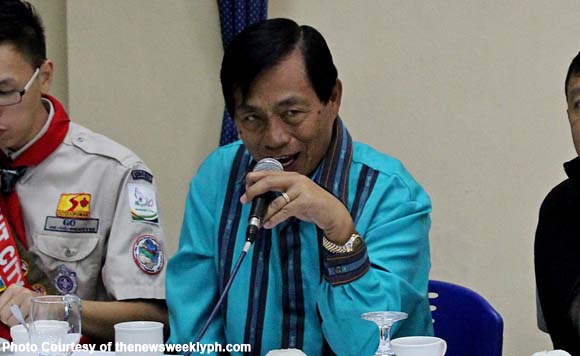 Baguio City Mayor Mauricio Domogan is losing his patience over the delay in the completion of ongoing road projects in the city, refusing to accept the contractors’ excuse that nonstop rains in the past weeks have hampered their work.

Domogan has written Engr. Alexander Cataneda, chief of the local Department of Public Works and Highways (DPWH)-District Engineering Office, to convey his dismay in the apparent slow pace of construction works.

“Why is it that the contractor did not continue their work during the past rainy weeks? Kung tuloy-tuloy sana ang trabaho nila, eh, ‘ di sana concreting ngayon since the rains have stopped,” the mayor said in a story published by Sun star.

DPWH-DEO representative Alfredo Bannagaw said they agreed with the contractors that the weather slowed them down.

Bannagaw explained that work on the Marcos Highway should have been finished by July 18, but because of the continuous rains, the contractor was given a 15- day extension which ends onAugust 2.

The Rimando Road project, on the other hand, was supposed to be completed on May 6, but the city suspended work to give way to events such as the Panagbenga Festival and the Cordillera Administrative Region Athletic Association competition.

The deadline was reset to July 20, but was again extended for 16 days due to the weather, Bannagaw said.

Pio Velasco of P.G. Velasco Construction and Francis Cuyob of 3K Rock Engineering both acknowledged that weather was a big problem, but said they will try their best to finish their projects immediately without compromising the quality of their work.

The city government and DPWH have set aside P607 million for 74 road projects in the city, only 35 of which have been completed.