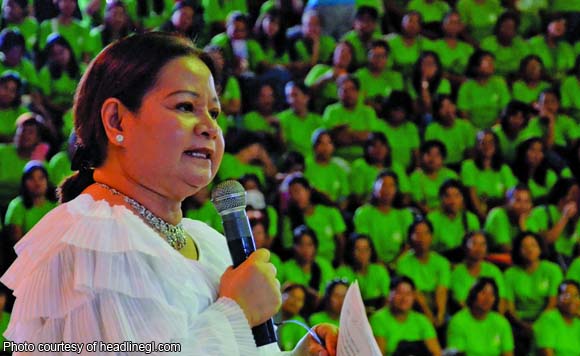 Pampanga Governor Lilia Pineda has directed local officials to ensure that fish and other aquatic products affected by the recent fish kill do not end up for sale in the local markets.

In an emergency meeting at the provincial capitol, Pineda ordered the mayors of the affected towns to stop people from eating fish kill-affected produce.

“Let’s not wait for the worst to happen. Ban the consumption of fish and other aquatic products affected by the recent fish kill,” the governor told the town mayors, health officials, and police in a story published by Sunstar.

The Bureau of Fisheries and Aquatic Resources (BFAR) reported that the worst-hit towns include Candaba, Masantol, Macabebe, Apalit, San Luis and San Simon.

Water tests showed low levels of dissolved oxygen along the Pampanga River, which was pinpointed as the lead cause of the massive fish kill.

Pineda urged the municipal officials of the affected towns to issue an advisory forbidding residents from consuming affected aquatic products as well as enlist village watchmen to assist in monitoring the situation.

. The governor also ordered a separate examination on the affected fish and water to determine any other underlying factors such as pesticide contamination, bacterial infestation, and heavy metal poisoning, among others.

At least 4,000 fishermen are affected by the fish kill, according to Pineda.