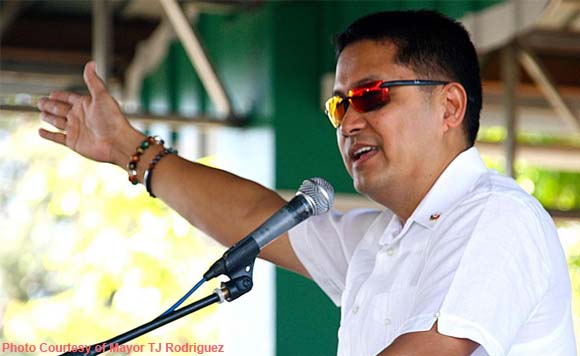 Capas, Tarlac Mayor Antonio “TJ” Rodriguez, Jr. has filed a graft case against his predecessor, former Mayor Reynaldo Catacutan, for taking over a government-owned morgue building that he allegedly converted as a rest house.

Rodriguez filed the case of violation of Republic Act 3019 or the Anti-Graft and Corrupt Practices Act in relation to Section 7 of Republic Act 6713 or the Code of Conduct and Ethical Standards for Public Officials and Employees before the Ombudsman.

In his complaint, Rodriguez said Catacutan took the morgue building for his personal use when he was the mayor in 2008.

The building is part of the 10-bed clinic at the O’Donnell Resettlement Center in Barangay Cristo Rey in Capas.

Rodriguez noted that then mayor donated the public market, police station, fire station, day care center, municipal hall, municipal gym and the 10-bed clinic to Barangay Cristo Rey, except for the morgue, which he reportedly converted as his personal  rest house.

The donations were initially turned over to the municipality by the defunct Mt. Pinatubo Commission, Housing Urban and Development Coordinating Council (HUDCC) and the National Housing Authority (NHA).

Rodriguez said Catacutan even “flaunted” that he spent P300,000 for the morgue’s renovation, which is confirmed by his letter to the NHA.

Catacutan, he added, even wrote to Engr. Rodrigo Corral of the NHA requesting to be allowed to undertake a geodetic survey on the property “so that his title to it can be perfected.”

He said despite repeated pleas from the barangay officials and a final notice, Catacutan refused to vacate the said building, Rodriguez said.

Rodriguez said Catacutan’s unlawful occupation of the building has constrained village officials to file a case for recovery of possession which is now pending with the Regional trial Court Branch 66.

He said Catacutan should immediately be placed on “preventive suspension” as CIAC vice president to “prevent him from influencing officials and other witnesses that will be presented against him.”