Guv Espino admits killing criminals when he was a cop 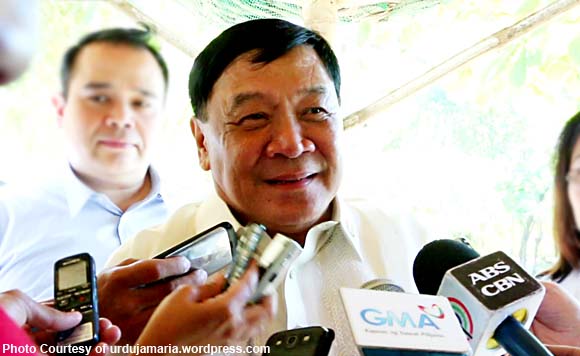 Governor Amado T. Espino Jr.‎ has admitted to a deep secret from his past life as policeman: he took the law into his own hands and killed criminals.

Espina made the confession in a radio interview more than a month after the Department of Justice cleared him of murder charges in the slaying of Infanta Mayor Ruperto Martinez.

In a radio interview over Bombo Radyo, Espino said that he killed all sorts of criminals when he was still a law enforcer.

The 67-year old governor is a graduate of the Philippine Military Academy. He served various positions in the Philippine National Police, including Director of Region 1.

The governor’s statement was interpreted by some Dagupan City-based media as a veiled threat against those who were not in his good graces.