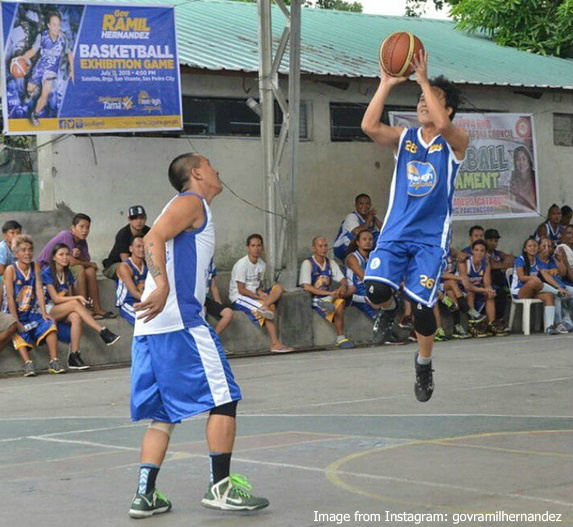 Laguna Governor Ramil Hernandez showed he’s a force to reckon with not just in politics, but in a basketball court as well as he showed off his shooting prowess at a recent exhibition match.

Photos posted by Hernandez on Instagram showed the governor’s basketball opponents seemingly in awe when they saw him jump and aim to shoot the ball in the ring.

The picture showing Hernandez in a mid-air jump had the caption: “Yes kuya, I can jump po,” as if to emphasize his height isn’t a hindrance in his goal of scoring points.

In another photo, the governor jokingly told the two members of the opposing team to at least try to guard him as he made a shot.

Politiko would love to hear your views on this...
Tags: basketball, Laguna, Ramil Hernandez, The Snitch