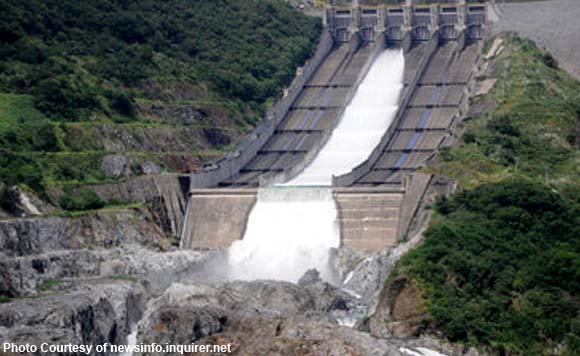 The long-delayed repair and rehabilitation of Angat dam in Norzagaray, Bulacan is now underway, Bulacan Governor Wilhelmino Sy-Alvarado has announced.

Alvarado, along with Vice Gov. Daniel Fernando, met with dam engineers of Angat Hydropower Corporation (AHC) to discuss the rehabilitation program for the water reservoir, which was constructed and opened in 1968.

Alvarado said he was informed by Engr. Russel Rigor of the AHC that  K-Water and AHC, the new owners and operators of Angat dam, has started the “pre-construction” phase of the dam, which according to the Philippine Institute of Volcanology and Seismology (Phivolcs) is nestled along the West Valley fault line.

Actual repair works will start in October or November this year, Alvarado said.

“It’s all systems go as far as the fortification and rehabilitation of Angat dam is concerned. The new management is aware of its obligation to the government. The stabilizing phase will begin soon,” the governor said.

Early last month, Alvarado met with village chiefs who conveyed their fear that the 47-year-old dam might break in case of a strong earthquake, wiping out surrounding communities in an instant.

Angat Dam is located on the highest slope of the mountains in eastern Bulacan. From that height, rampaging waters as high as 30 meters could easily destroy villages along the way.

The dam supplies 90 percent of Metro Manila’s water requirement and provides irrigation to farmlands in Bulacan and nearby areas.

“The destruction it will cause is unimaginable if the 47-year-old Angat dam will collapse because not only the province of Bulacan will be wiped out but also big parts of Pampanga and Metro Manila,” the governor said.

Alvarado pointed out that he has been calling the attention of the national government to the dangers that the old dam poses if it is hit by a magnitude-7.2 earthquake since he was still a congressman, then a vice governor, and now as governor of Bulacan