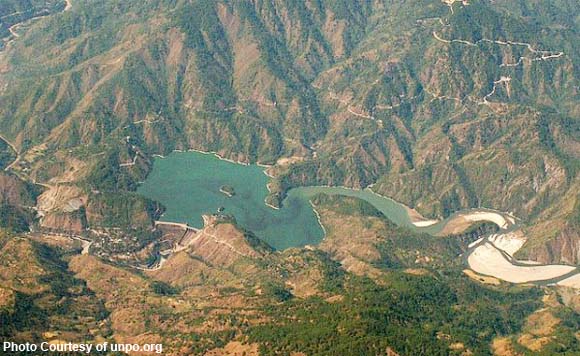 A barangay councilman in Tinoc, Ifugao is asking the help of the National Bureau of Investigation (NBI)  to investigate the death threats he has been receiving for opposing an electric power plant project in the town.

He added he also saw a Facebook post accusing him and four others of burning a backhoe and tagging him as a member of the New People’s Army (NPA).

Bungtiwen is one of the leaders of the Ifugao Peasant Movement (IPM) that opposes the Quadriver Power Corp.’s mini-hydroelectric power plant  project which local farmers said would destroy several hectares of rice fields and vegetable gardens in Barangay Tulludan.

Further, Bungtiwen mentioned that because of the death threats, and the vilification through the social media, he does not feel free to roam around anymore. His family up to this day fears for his security.

He added that he abandoned his garden because he does not feel safe outside the village. When he received the package containing the burial blanket, he said cannot sleep well even in his own home as he also fears for the security of his family.

“I am only standing for my constituents who are opposing the project of Quadriver. Why is it that when you defend your people, your life is threatened?” he said in a story published in Northern Dispatch Weekly.

In a community petition and barangay resolution, the villagers of Barangay Tulludan of denounced the death threats and false accusations made against their barangay council member, and pleaded for immediate action from the NBI and the municipal government to root out the source of the threats.

“…The designed propaganda violates the mental integrity, liberty, and security of a respected and duly elected barangay councilman,” the petition reads.