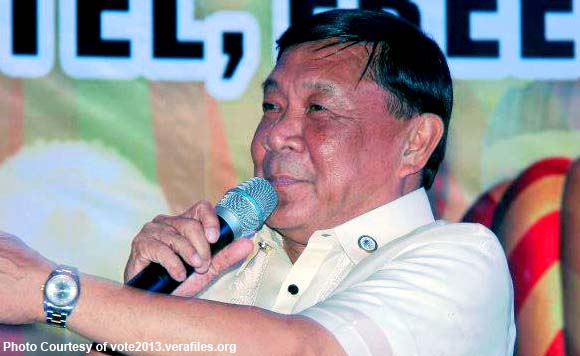 Citing a report from the Provincial Disaster Risk Reduction and Management Council (PDRRMC), Amado said 85 families have so far been forcibly evacuated due to floodwaters.

Four people have died in Luzon as a result of the rains, including a six-month old boy who was buried by a landslide in Pangasinan, according to reports.

Amado said flooded areas in the province are `10 barangays in Sta. Barbara town; 17 in Calasiao; one barangay in San Jacinto; 7 in Alaminos City; 4 in Agno: 3 in San Fabian; 7 in Bolinao; one in Malasiqui; and six in Asingan.

The Bani town, on the other hand, is under a state of calamity.

The governor also announced that all national roads and major thoroughfares were already passable to all types of vehicles as of Sunday, July 19.

In Dagupan City, classes from preschool to college levels were suspended this Monday, July 20, due to inclement weather.

Mayor Belen Fernandez posted on her Facebook account Executive Order 18 suspending classes for July 20 in all levels, in public and private schools.

Fernandez explained that while the torrential rains had stopped, “the lingering effects of the monsoon shall continue to be felt with rain waters from the upstream flowing into the city’s rivers.”