This remote village in Camarines Sur has two barangay chiefs 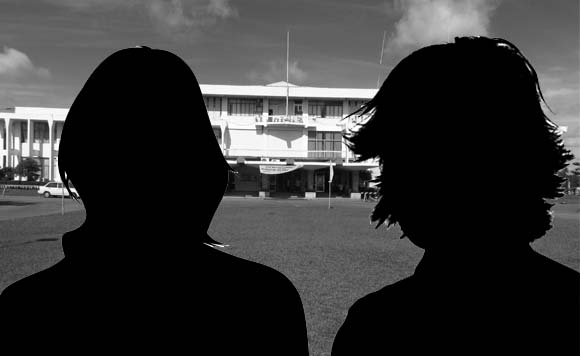 An island barangay in Sagnay, Camarines Sur has not one, but two barangay chairwomen.

This has been causing confusion among residents of Barangay Atulayan, an island village off the coast of Sagnay.

The two persons claiming to be the rightful punong barangay are Jennifer  Banday and Erlinda Camano.

In a hearing with the Sangguniang Panlalawigan in Pili town, Banday said she was the duly elected barangay chief in the October 2014 barangay elections and was declared and proclaimed winner by the Board of Canvassers.

However, Camano won an election protest she filed before the Municipal Trial Circuit Court (MTCC) of Tigaon-Sagnay.

Camano was declared the winner after the revision of votes.

Bandal filed an appeal before the 1st Division of Commission on Elections, which subsequently issued a Writ of Preliminary Injunction enjoining the MTCC Judge to cease and desist from implementing the order he issued on May 16, 2015.

Comelec also directed Camano to cease and desist from assuming the position of punong barangay until further orders.

The poll body stated that pending the final resolution of the case, Bandan must remain the punong barangay of Atulayan.

Banday told the members of the Sangguniang Panlalawigan that until now, Camano still insists that she is the duly-elected punong barangay.

“Our constituents are confused because Camano is also holding office and performing the functions of Punong Barangay. She issues clearances, certifications, and exercises the other functions that only legitimate  Punong  Barangay can perform. When I sign documents, like attendance in meeting called by the Liga ng mga Barangay, the two of us are recognized,” she pointed out.

Banday said that she wanted to seek clarification from the Sangguniang Panlalawigan, to give their residents peace of mind as to who should be the rightful head of their village. #