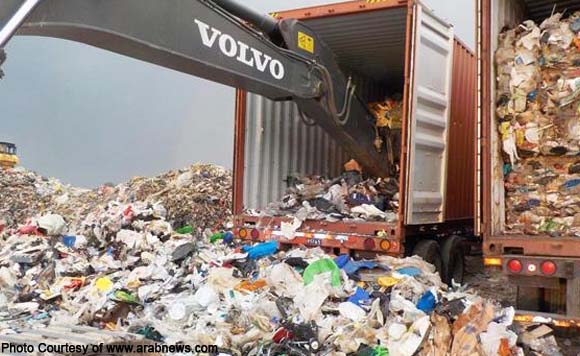 The provincial board of Tarlac will be conducting today, July 16, its first public hearing on the illegally shipped garbage from Canada that was dumped at a sanitary landfill in Capas town.

Governor Victor Yap said the Sangguniang Panlalawigan would hear the complaints and sentiments of residents in Capas, as well as in Bamban, where the landfill run by Metro Clark Waste Management Corp. (MCWMC) is accessed via Sitio Pagasa in Barangay Anupul in Bamban.

The board, headed by Vice Governor Enrique Cojuangco Jr., would review local laws and resolutions governing the terms of dumping garbage there.

“Whether toxic or not, it is not good if another country dumps its trash in our country,” Cojuangco said.

Yap criticized the Environmental Management Bureau (EMB) and Bureau of Customs (BOC) for not coordinating the transport and dumping of the garbage with the provincial and local governments.

The BOC, which seized the cargoes in 2013 for violations of the Basel Convention and Tariff Code of the Philippines, issued the condemnation proceedings on May 5 after a judge approved the disposal on the recommendation of the EMB.

“BOC had those wastes for two years and they can’t even give us two weeks to be informed and for us to inform our constituents,” Yap said.

Rufo Colayco, MCWMC president and chief executive officer, said the company agreed to the request of BOC to accept and bury the wastes because these were classified as “municipal solid waste,” as certified by the EMB.

As of July 8, the contents of 26 container vans had been unloaded in a common pit at the Capas landfill.