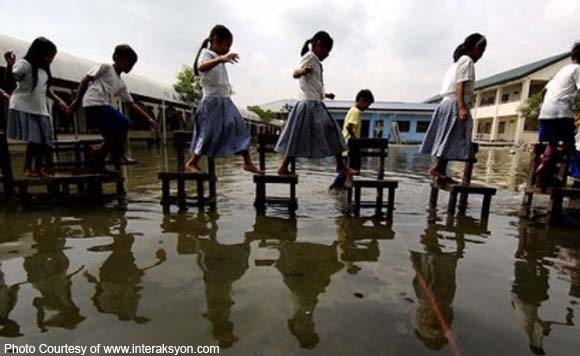 Dagupan City Mayor Belen Fernandez has ordered the suspension of classes in all pre-school, elementary and high school in both public and private institutions today, July 15.

Fernandez said this is due to the continuing inclement weather brought about by monsoon rains that have already flooded some low-lying areas in the city.

“This would pose danger to pupils and students going to and from their schools,” the mayor said.

Private colleges and universities in the city are, however, given the discretion to declare the suspension of classes.

Despite the rains, however, all roads in the city remain passable, according to Fernandez.

Monsoon rains started in Pangasinan on July 3, causing water level in the rivers to rise, threatening flood in some areas.

Dagupan mayor suspends classes from pre-school to high school Click To Tweet
Politiko would love to hear your views on this...
Tags: Belen Fernandez, Pangasinan, suspension of classes