Benguet board member hits delay in endorsement of mining project 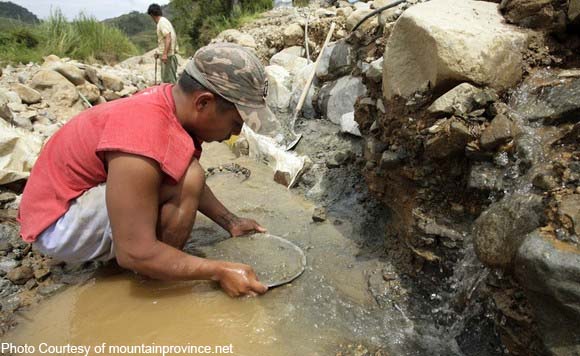 A member of the provincial board of Benguet warned that Mankayan town will soon become a “ghost town” if the municipal council will not endorse a new mining project funded by a foreign investor.

“Its endorsement is the only stumbling block that is preventing the FSGR (Far Southeast Gold Resources) from proceeding with its project in Mankayan,” he said.

She warned that the foreign investor may change its mind from proceeding if the town council will not endorse it.

Ex-officio Board Member James Guanso, who represents the Liga ng mga Barangay, blamed the town council’s ineptitude for not being able to endorse the project.

He said the town’s council of elders and leaders voted overwhelmingly for the FSGR project while six barangays:  Suyoc, Poblacion, Paco, Sapid, Colalo and Cabiten have also endorsed the project.

The provincial board was poised to endorse the project but decided to postpone it for another week to give a chance to the municipal council to make up its mind.

Mankayan Councilor Mario Ludaes, the chair of the committee on indigenous peoples, said his committee has recommended the endorsement of the project and expressed confidence the town council would favorably endorse it in its next meeting.

With the endorsements and once the government approves FSGR’s application for a financial and technical assistance agreement, the foreign investor will assume control of 60 percent of the project with Lepanto Consolidated Mining Company holding the remaining 40 percent.

The new arrangement will enable FSGR to go full blast in operating the project.

Tingbaoen called on the municipal council to consider the general welfare and the future of the municipality by giving a chance to FSGR.

“Small-scale mining has no safety measures and is proven to pose more harm to communities than large-scale mining are obligated to put up tailings ponds,” she said.