Angeles mayor, vice mayor, fight it out on Facebook 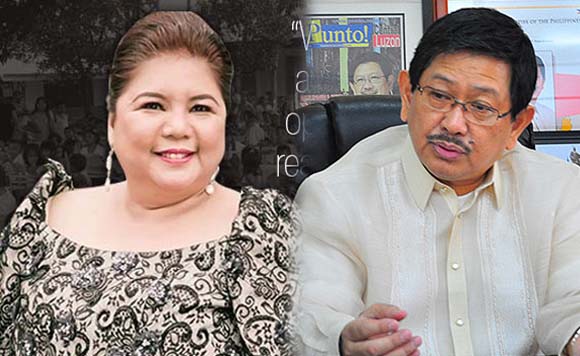 These former political allies in Angeles City have taken their feud to social media.

This started when Vice Mayor Vicky Vega-Cabigting expressed her opposition to the planned construction of a P16-million fountain at the city’s heritage district and a P110-million public memorial park in Barangay Sapalibutad.

Vega said she found out about the projects during their special session on June 30 where they discussed the ratification of the loan agreement between the city government and the Development Bank of the Philippines (DBP).

She posted her sentiments on Facebook: “We found out that the P16 million will be spent on a fountain alone! Ginto po ba ang lalabas sa fountain?! To top it all, P110 million will be used for the public cemetery! Sobra naman po ito! Why do we have to spend so much? May nag-donate naman po ng libreng lupa sa Sapalibutad para sa sementeryo.”

Cabigting, however, clarified that she is not against these projects.

It appears that she and Pamintuan remain “FB friends” despite their falling out.

In his own FB account, Pamintuan answered Cabigting’s queries.

For the fountain issue, the mayor said the P16-million budget also includes beautification and civil works in the whole heritage district.

He added that the city has separate funds allotted for public education which has reached more than P15 million for this year.

For the public cemetery issue, Pamintuan said a part of the donated land in Barangay Sapalibutad has been damaged by water from the Abacan River.

The proposed public memorial park, the mayor said, will have four chapels, condominium-type niches and bone niches, a crematorium and columbarium among others.

The budget for these proposed projects, Pamintuan added, will still need to undergo legal processes including certification from the Bureau of Local Government Finance, approval from the monetary board and passing of ordinance about the loan and a supplemental budget that would legalize the use of it, among others.